ISO 14001:2015 deliberately expands the mandates for risk management by replacing the previous Preventive Action requirement with the wider “risk-based thinking” (RBT). This larger focus on risk anticipation, identification, mitigation and recurrence prevention is a foundational change in the ISO 14001 Environmental Management System: Addressing risks as a need for the entire system to work properly. To accomplish this, most organizations will need specific risk examination processes. While not new, because of its past performance and wide applicability, FMEA is starting to fulfill a greater role based on this expanded application of RBT within the ISO management standard world.

FMEA stands for Failure Mode Engineering Analysis. FMEA is a type of risk assessment that uses a step-by-step approach to identify potential failures in a design, process or a product or service. This identification allows for analysis to prevent or reduce future failures. “Failure modes” refers to the ways in which something can fail. “Effects analysis” refers to the scrutinizing of the consequences of each of those failures. FMEA is a preventative action, meant to be implemented before a process or product is designed, modified or applied in a new way. It’s also wise to use FMEA periodically throughout the life of a product, process or service.

What Does FMEA Accomplish?

FMEA helps companies identify and prioritize failures according to how serious their consequences are, their frequency, and the ease with which they can be detected. The purpose of conducting FMEA is to take action to reduce or eliminate each potential failure. FMEA documents existing knowledge and actions companies are already using in their continuous improvement process and can be used to prevent potential failures with future processes and products. The results of a risk analysis are documented in an FMEA worksheet where they are used to help plan preventative measures, resulting in the production of more effective environmental management systems.

Resources for interpreting and documenting risks:

The implementation of FMEA could have a dramatic impact on the aerospace and defense industries with the prevention of environmental impacts by an organization, and more efficient continuous improvement environmental practices during the delivery of products and processes.

Where FMEA Can be Applied…

FMEA can be applied to other specific areas such as testing/evaluating concepts, improving in-field reliability, software functioning and security, hazard analysis, human factors and service-based analysis, business processes and more.

There are three major types of FMEAs:

System FMEAs look at the more expansive processes and sub-processes that make up any system and their interactions. These can include interactions as well as specific areas and instances of failures. For example, a system FMEA might examine the entire procurement process including those items which are custom vs. generic, how they are specified, how sources are collected and evaluated, how compliance to specifications are ensured and so forth.
Design FMEAs focus on functioning of specific products, with the goal of improvement of the finished good in terms of reliability, safety, functioning, user interface, etc.
Process FMEAs are focused on the creation or assembly actions in producing a good or service with the goal of wringing out more efficiency in the process (i.e. lowering the cost and increasing the level of quality), and often making the process easier to support and proliferate within the organization.

As denoted in the name, failure modes and effects are the outputs of this type of analysis. The following chart lists some examples of failure modes using a bicycle as the “system” being analyzed.

Similarly, the effects of this type of analysis is used to anticipate the effect of a given failure. Here’s an example using a component of a construction tool, in this case A pile driver which a typically large scale-device used to force support shafts/girders/poles into the ground, often as a foundational support for buildings, highways, bridges or similar structures.

FMEA is a living document that can be constructed, adapted and modified in a variety of different ways. Below is a summary of the steps included in an FMEA analysis: 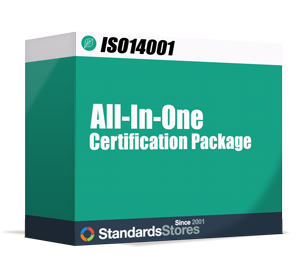 Our All-in-One Certification Package is a proven, efficient system. It gives you all you need to prepare for registration – in one simple to use package.

"I have just passed my ISO Audit with zero non-conformances for the second year in a row using your ISO products. Thank you for producing documents of this quality"

Where in the Process

This website uses cookies to improve your experience. We'll assume you're ok with this, but you can opt-out if you wish.
Cookie SettingsAccept All Read More

This website uses cookies to improve your experience while you navigate through the website. Out of these, the cookies that are categorized as necessary are stored on your browser as they are essential for the working of basic functionalities of the website. We also use third-party cookies that help us analyze and understand how you use this website. These cookies will be stored in your browser only with your consent. You also have the option to opt-out of these cookies. But opting out of some of these cookies may affect your browsing experience.
Necessary Always Enabled
Necessary cookies are absolutely essential for the website to function properly. This category only includes cookies that ensures basic functionalities and security features of the website. These cookies do not store any personal information.
Non-necessary
Any cookies that may not be particularly necessary for the website to function and is used specifically to collect user personal data via analytics, ads, other embedded contents are termed as non-necessary cookies. It is mandatory to procure user consent prior to running these cookies on your website.
SAVE & ACCEPT